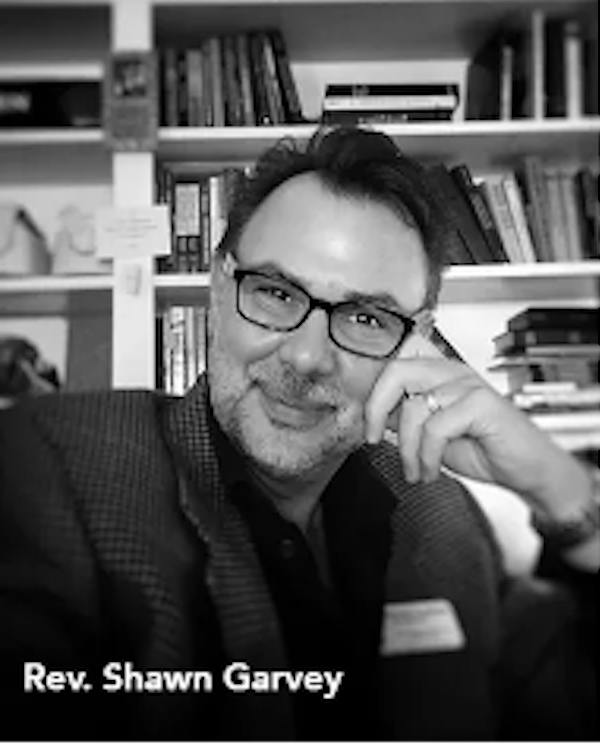 Shawn holds a Master of Divinity Degree from Andover Newton Theological School, has served in pulpit ministry for over 20 years, and as Senior Minister to First Congregational Church of Winter Park since 2013.

Selected as one of Winter Park Magazine’s “Most Influential People” in 2016,
while serving FCCWP he also served as Interim Dean of Religious Life at Rollins College, on the Executive Committee and the Board of Directors for the Winter Park Chamber of Commerce, the Board of Directors of the Mayflower Retirement Community, the Professional Advisory Group for CPE at AdventHealth Orlando, helped create and facilitate “Side-By-Side,” an annual celebration of the people of Winter Park, and is an original member of the “No-Name Civility Posse” – a collective of Winter Park leaders from across a wide spectrum of vocations and experience seeking more civil and compassionate dialogue in civic matters.

Rev. Garvey enjoys woodworking, cooking, being at the ocean, travel, all things “tech” and is completely addicted to the “Lord of The Rings” trilogy, which he watches every year for his birthday (Extended Edition, of course!)

Above all, he adores all the time he can spend with his wife and two boys all of whom he loves “to the moon and back.”