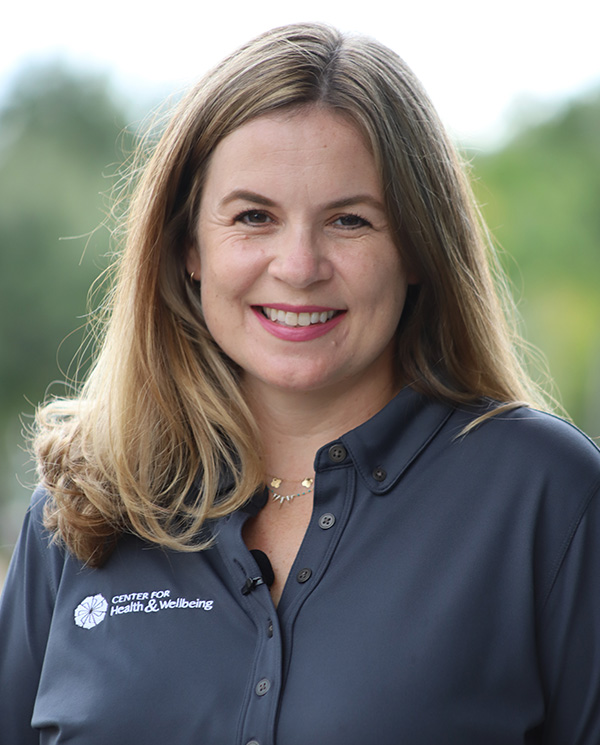 Jackie Carlin is the Community Education Director at the Center for Health & Wellbeing. Prior to joining the team, she spent nearly 15 years at Growing Bolder, where she oversaw all editorial projects, including the media company’s nationally syndicated TV shows, radio programs and podcasts, its magazine, and its popular social media channels. In that role, she actively engaged with one of the largest active adult audiences in media, creating stories to inspire healthy living and motivational lessons for overcoming obstacles, and she worked closely with community partners such as AdventHealth, Florida Blue Medicare, the Mayflower, the National Senior Games and the Winter Park Health Foundation. She is a three-time Emmy nominee who also worked at WESH-TV in Orlando and in the Washington, DC, bureau of ABC News, where she produced long-time White House correspondent Sam Donaldson’s webcasts and national radio program. A graduate of the SI Newhouse School of Public Communications at Syracuse University, Jackie is a Pennsylvania native who has called Central Florida home for nearly 20 years. She lives in Orlando with her husband, teenage daughter, and too many cats.